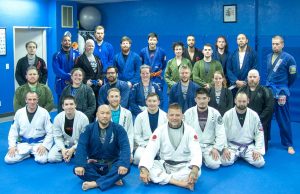 Brazilian Jiu-Jitsu focuses on relying on proper technique based on leverage to gain a superior position and eventually submitting them with chokeholds and joint locks. Many real-life examples have shown that most street confrontations end up on the ground. You will learn and practice submissions, escapes, immobilizing an attacker on the ground.

Brazilian Jiu-Jitsu is one of the most effective martial arts for women today. The advantage of Brazilian Jiu-Jitsu is the ability for a smaller, weaker person who knows and practiced the techniques, will be able to defend him or herself against a larger opponent. The other benefits are, you will improve your fitness, balance, coordination, and strength. 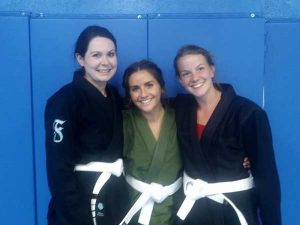 We also offer Women’s only BJJ classes at our school.  We always recommend everyone to participate in the group classes, this smaller class is aimed for women interested in starting BJJ, before joining the main group classes.

A typical class starts with warm-up exercises, stretches, and drills. Once everyone is warmed up, the instructor demonstrates the technique. After showing different angles and answer any questions, the students are paired off to practice the technique while the instructor walks the mats and help those needing individual attention. After everyone has an understanding of the first technique, a second technique may be shown. Towards the end of the class, there may be specific training or live sparring. Specific training starts at a particular position, with different goals for both students, or trying to apply the technique learn to a live partner. Live sparring is when you can incorporate all of the techniques that you may have learned and try to apply them to a live partner.

We follow the IBJJF’s Ranking Guidelines. In addition to the belt rankings, we also include the striping system between belt ranks to track the progress of our students.

White belt is the beginning of your Brazilian Jiu-Jitsu journey. The main goal for those that hold this rank, is to learn escapes and defensive positioning.

Blue belt is often the “funnest” stage in your journey. You’ve now learned some attacks and able to apply it. You are longer only defending but sweeping and attacking as well. It generally takes between 2 to 3 years to progress to your blue belt from white belt, with consistent training and a knowledge of a certain number of techniques.

The Purple belt is the intermediate rank in Brazilian Jiu-Jitsu. Adding polish to your techniques, acquiring a formidable amount of knowledge. You start forming the foundation of “your game”. It generally takes between 2 to 3 years to progress to your purple belt from blue belt, with consistent training and a knowledge of a certain number of techniques.

Brown Belts is the highest ranking color belt in Brazilian Jiu-Jitsu. Brown belt is considered the beginning of the elite ranks. Most brown belts are instructors or have begun instructions for the lower ranks. It generally takes between 2 to 3 years to progress to your brown belt from purple belt, with consistent training and a knowledge of a certain number of techniques.

The Coral Belt. This is the rank that is award in lieu of an 7th Degree Black Belt. With a minimum time of 31 Years spent as a Black Belt. All Brazilian Jiu-Jitsu Coral Belts are now formally referred to as “Master”.

The Red/White Coral Belt is award in lieu of an 8th Degree Black Belt. With a minimum time of 7 Years spent as a Black/Red Coral Belt. All Brazilian Jiu-Jitsu Coral Belts are now formally referred to as “Master”.

The Grand Master Red Belt is reserved for those who have made an impact with the art of Brazilian Jiu-Jitsu. It is awarded in lieu of a ninth and tenth degree black belt. If a practitioner receives his or her black belt at 19 years old, the earliest they could expect to receive a ninth degree red belt would be at the age of 67. All Brazilian Jiu-Jitsu Red Belts are now formally referred to as “Grandmaster”. 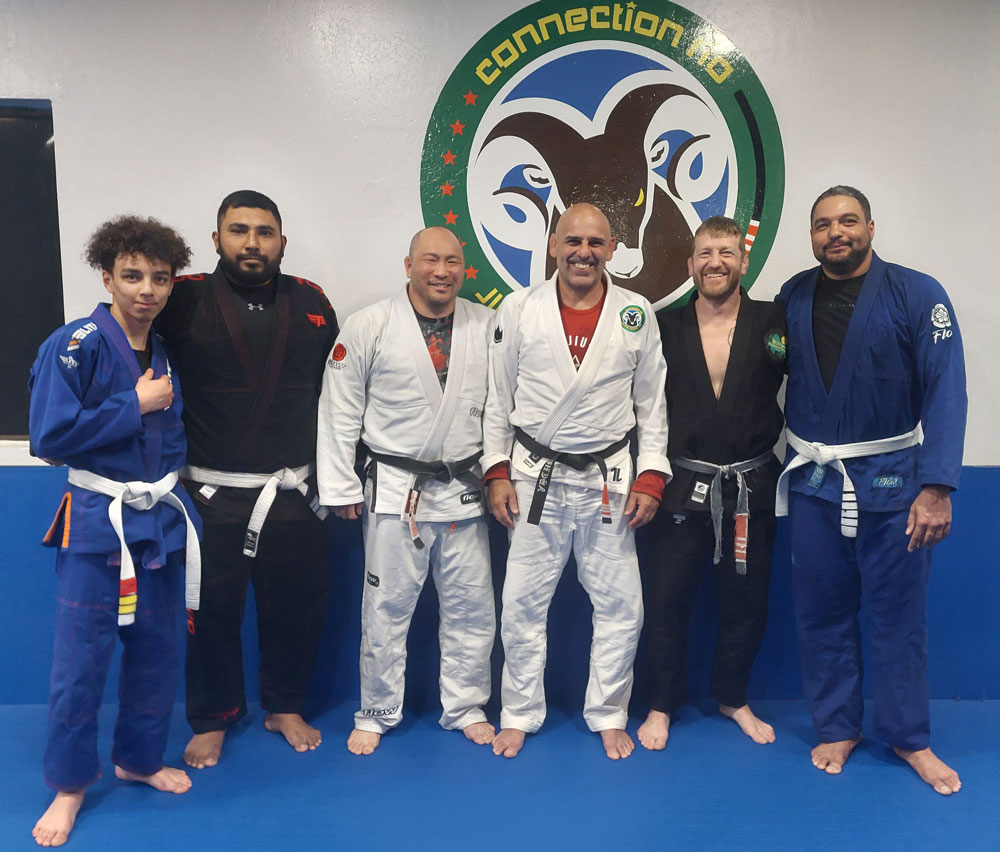 We were invited to visit our friends at Connection Rio BJJ located in Bend, Oregon for a special seminar with...
Read More 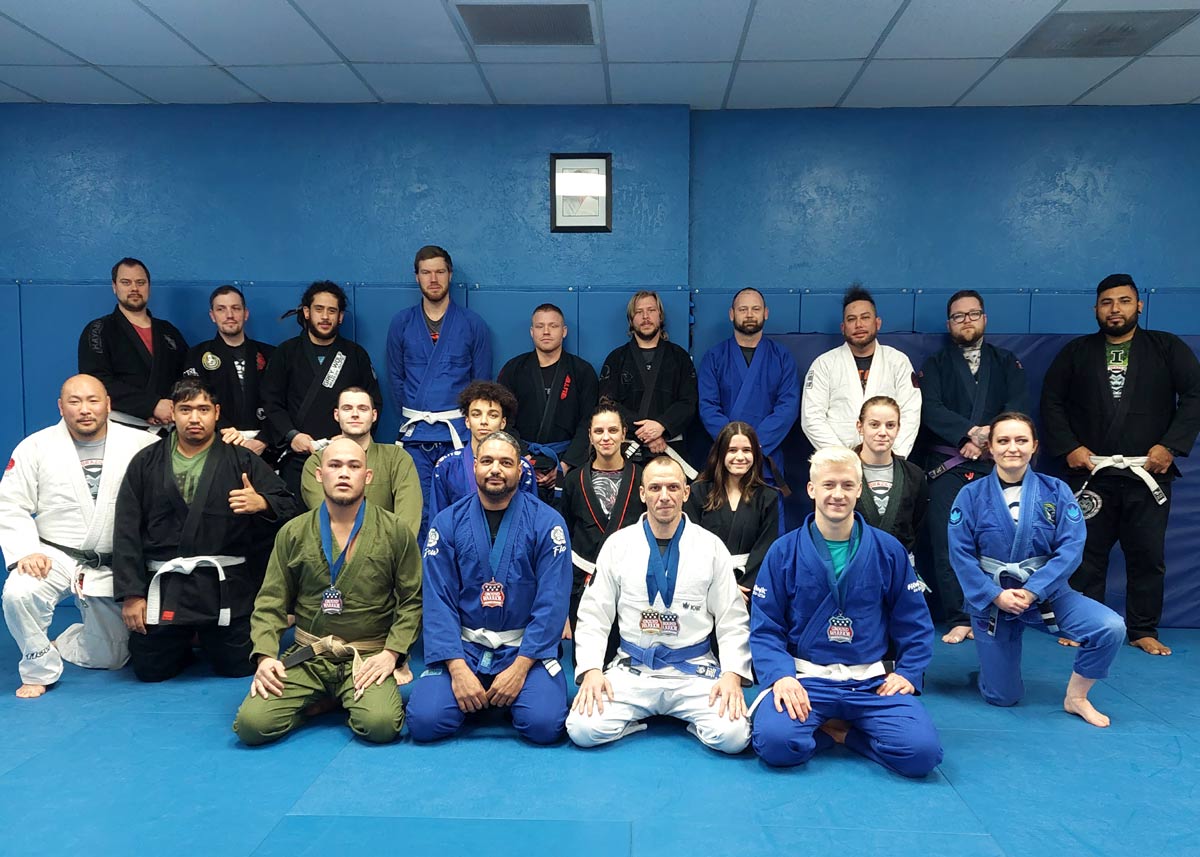 We had another great tournament this month! We had 5 of our competitors entered the tournament and 4 medaled. We...
Read More 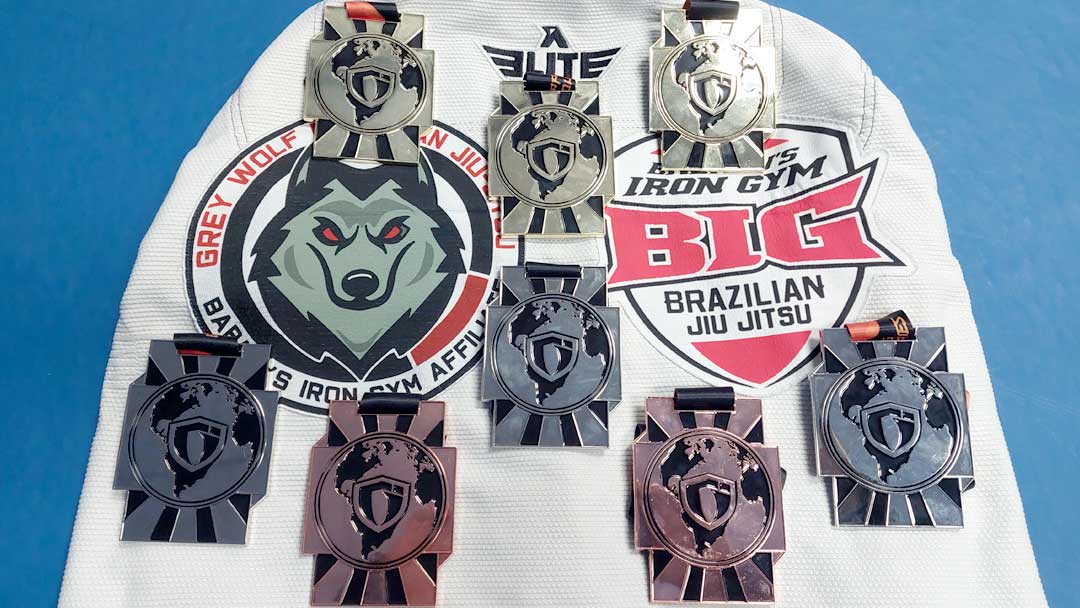 Fourteen of our students competed today at the Grappling Industries Tournament in Portland, Oregon. With our huge group of supporters,...
Read More 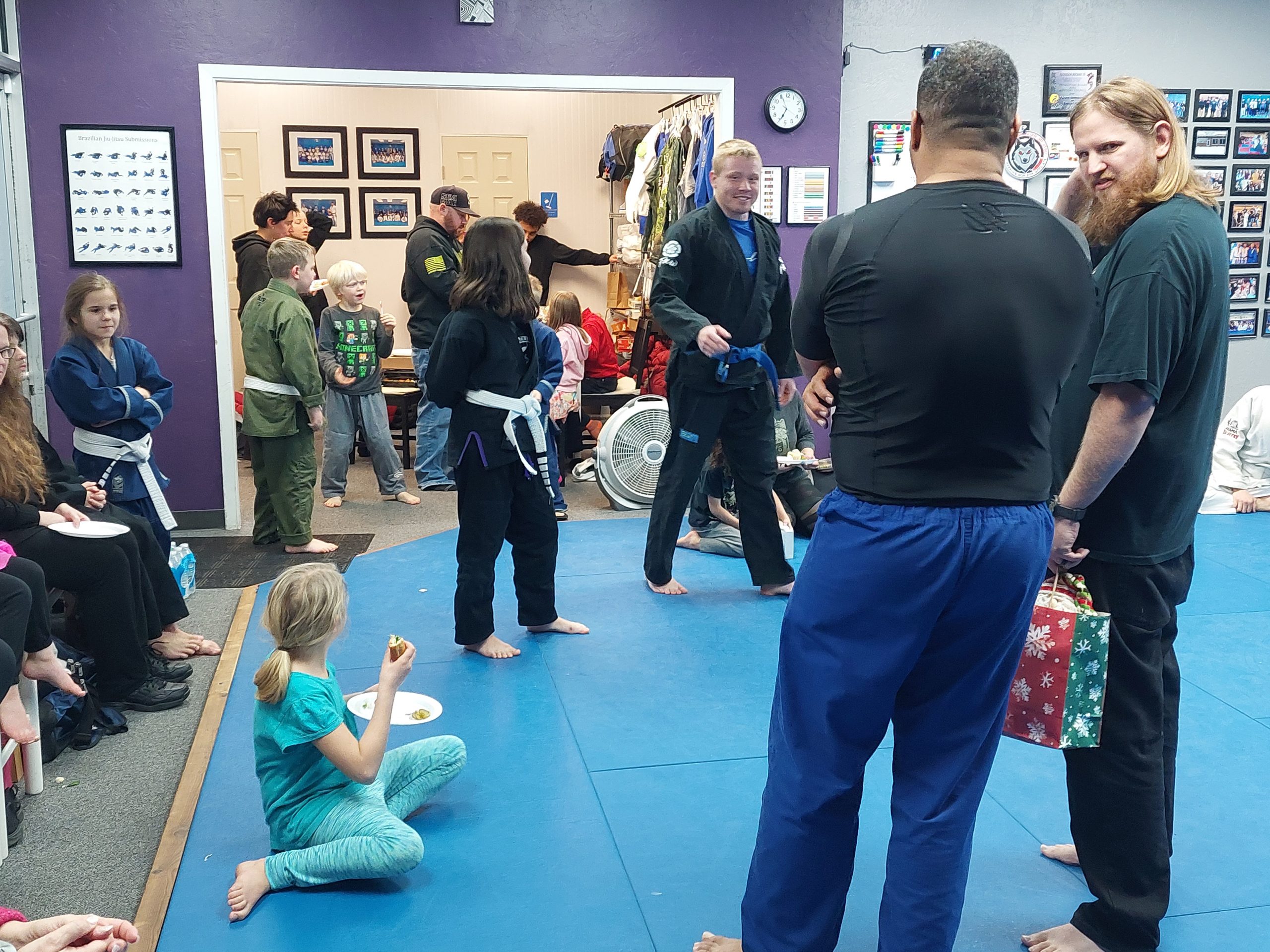 We had our first White Elephant Gift Exchange this year! With a full house and everyone being nice, everyone left...
Read More 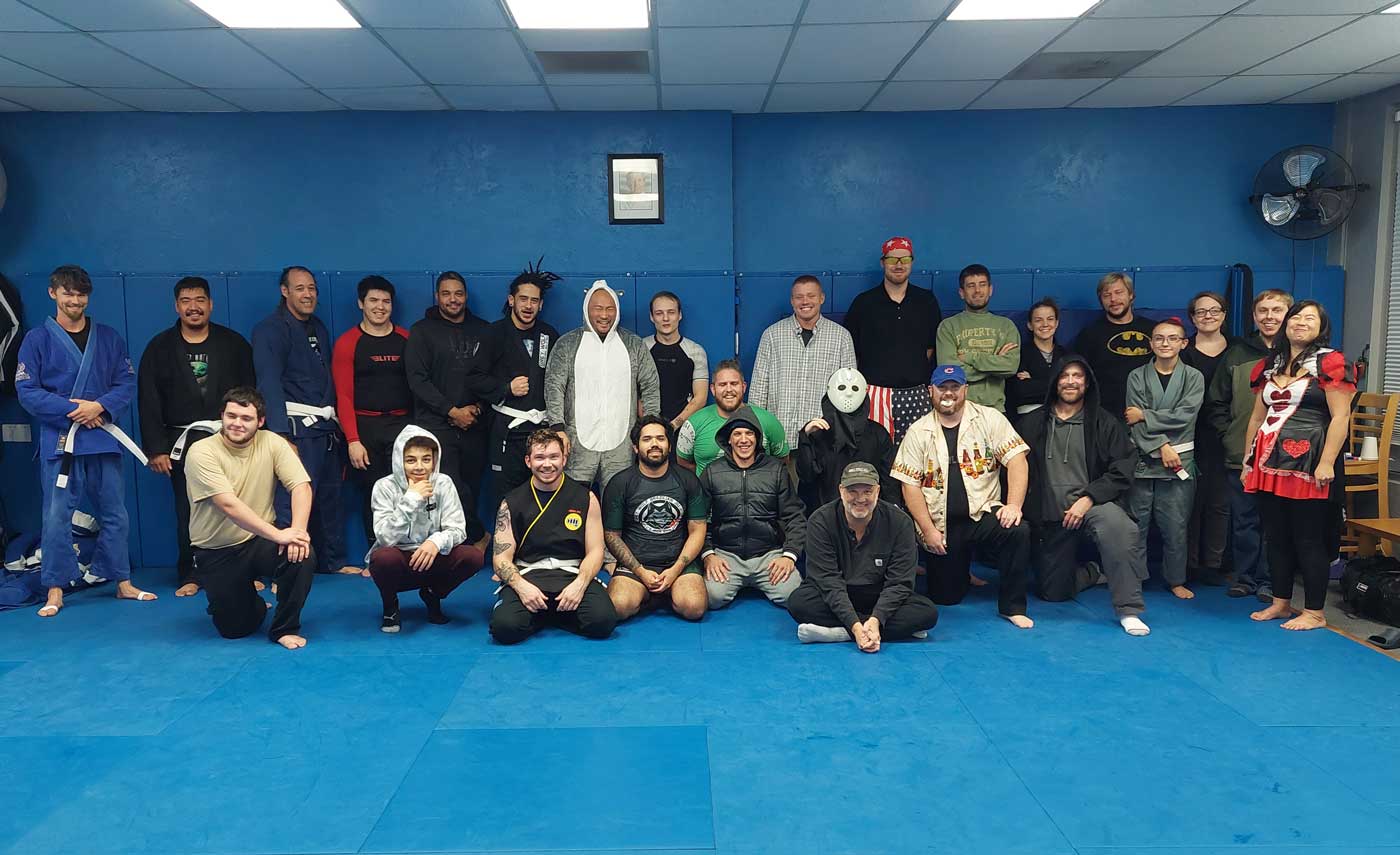 Had a great get-together with our friends and family this Halloween! We hosted a costume & casual wear pizza party,...
Read More 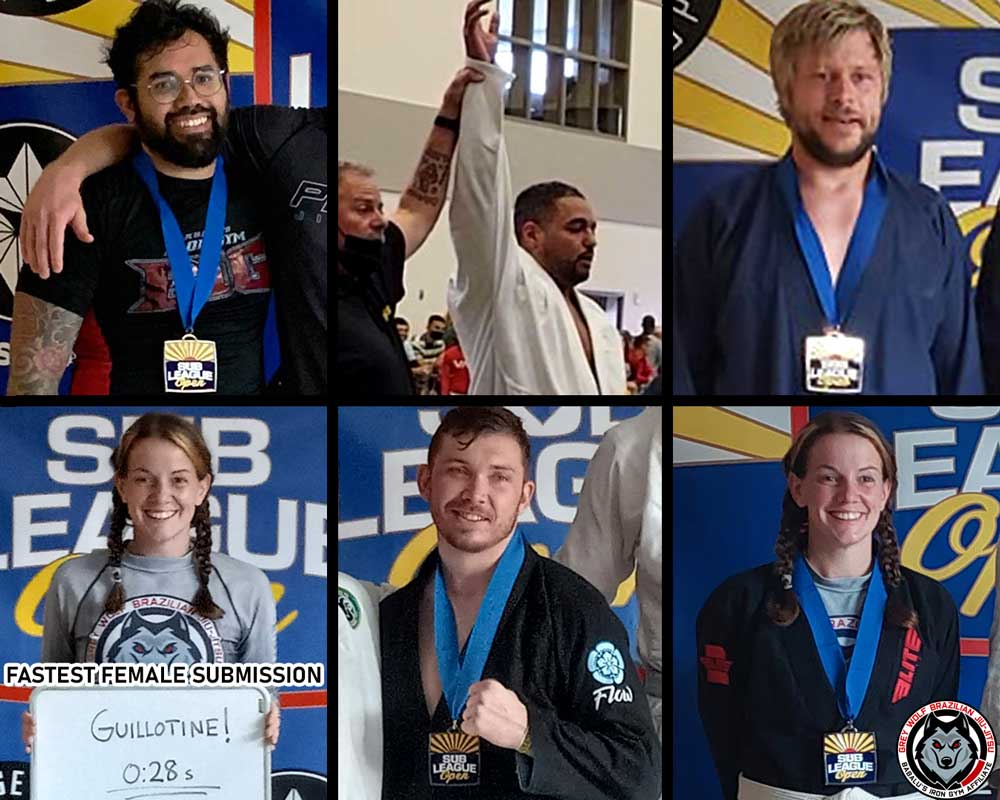 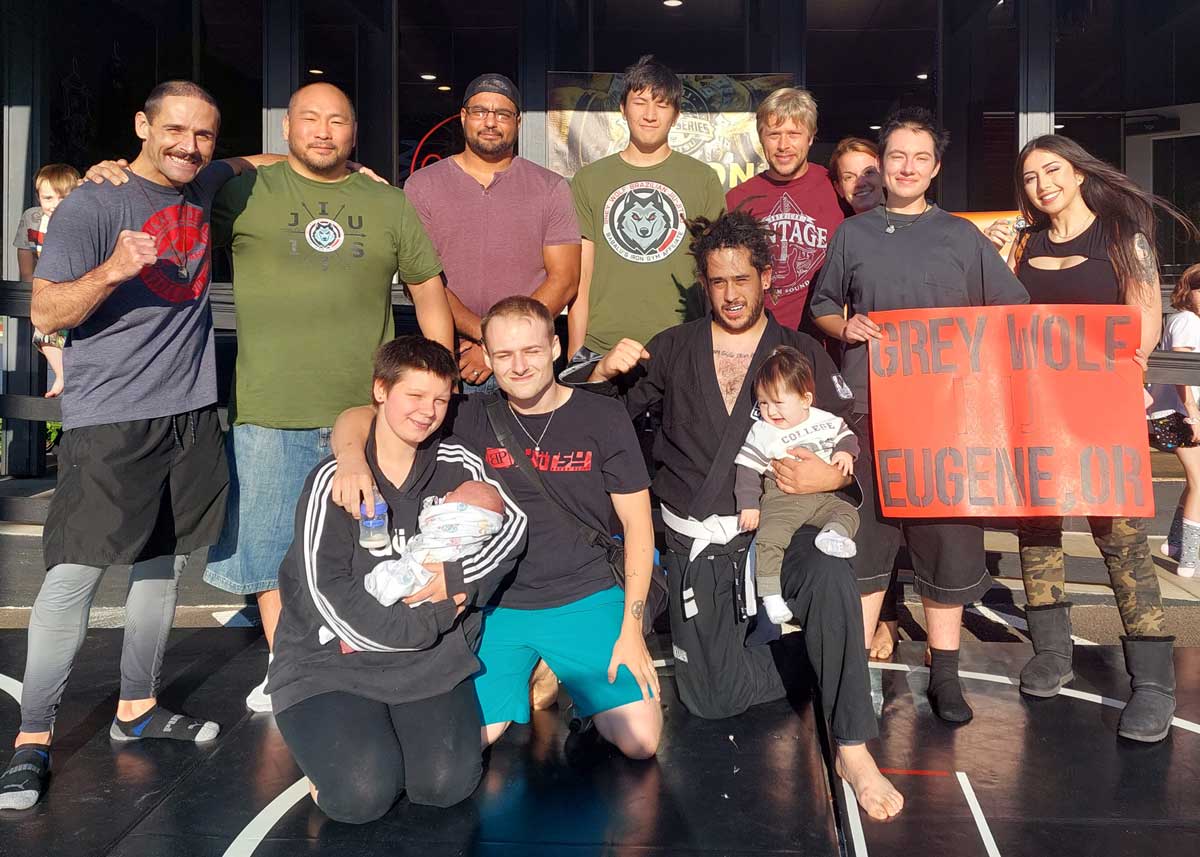 Our first tournament since January of last year. Hosted in Newport at a local school, we were eager to get...
Read More 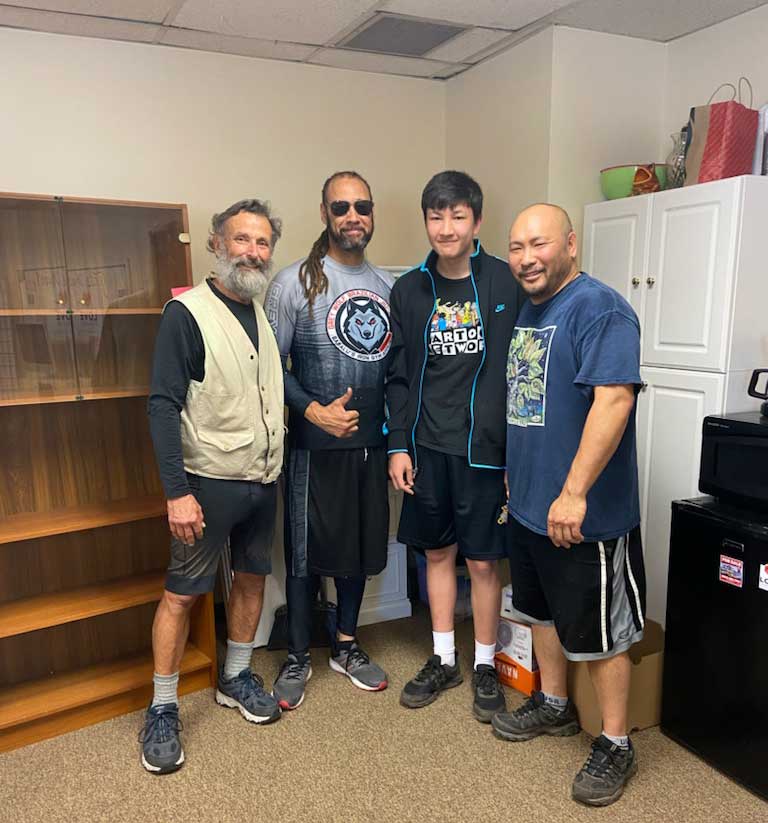 Early Thursday morning, we came out to help out our neighbors at City First Church Fairfield. They needed help moving...
Read More 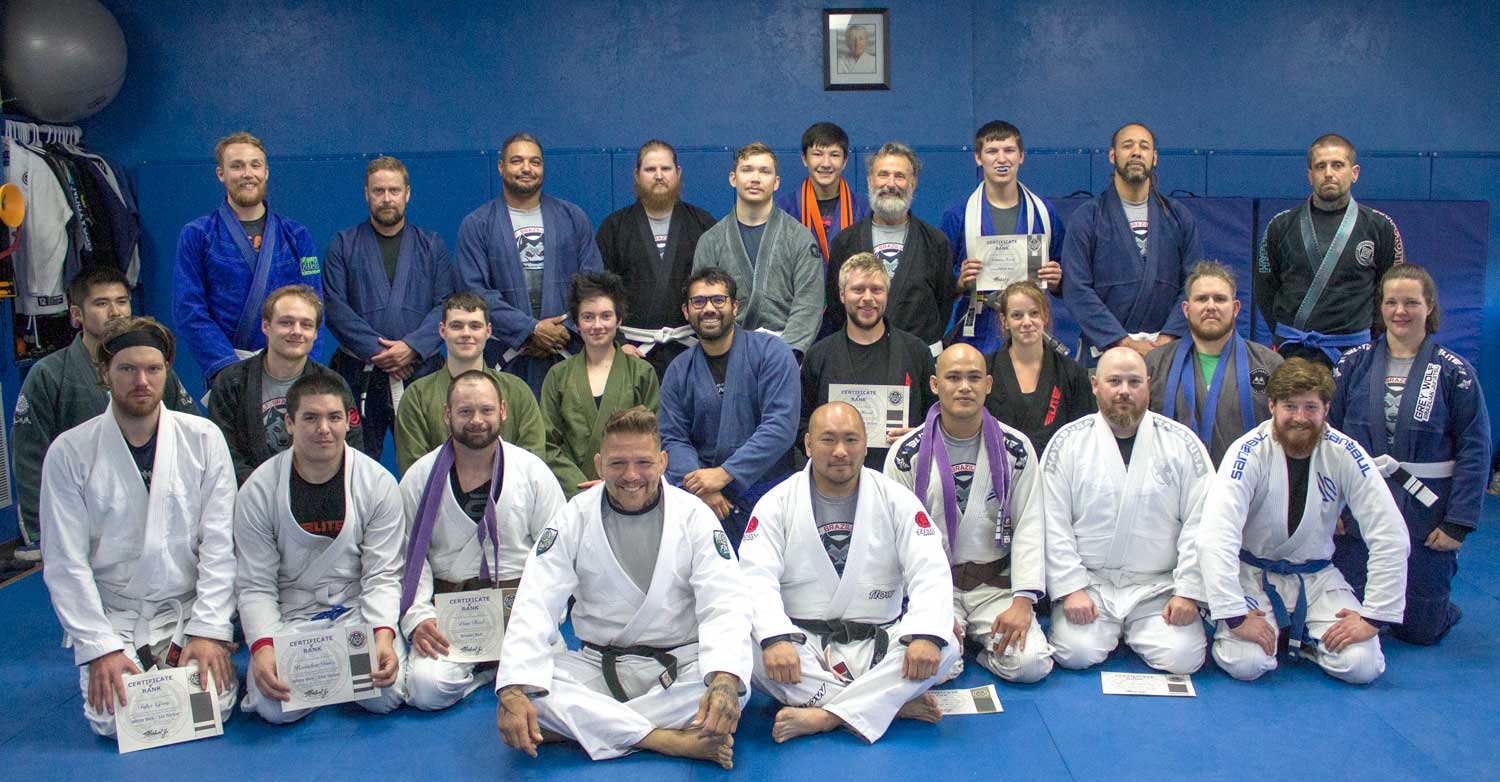 This summer we held our Adult's Belt Promotion with our special guest Professor Babalu. It has been some time since...
Read More 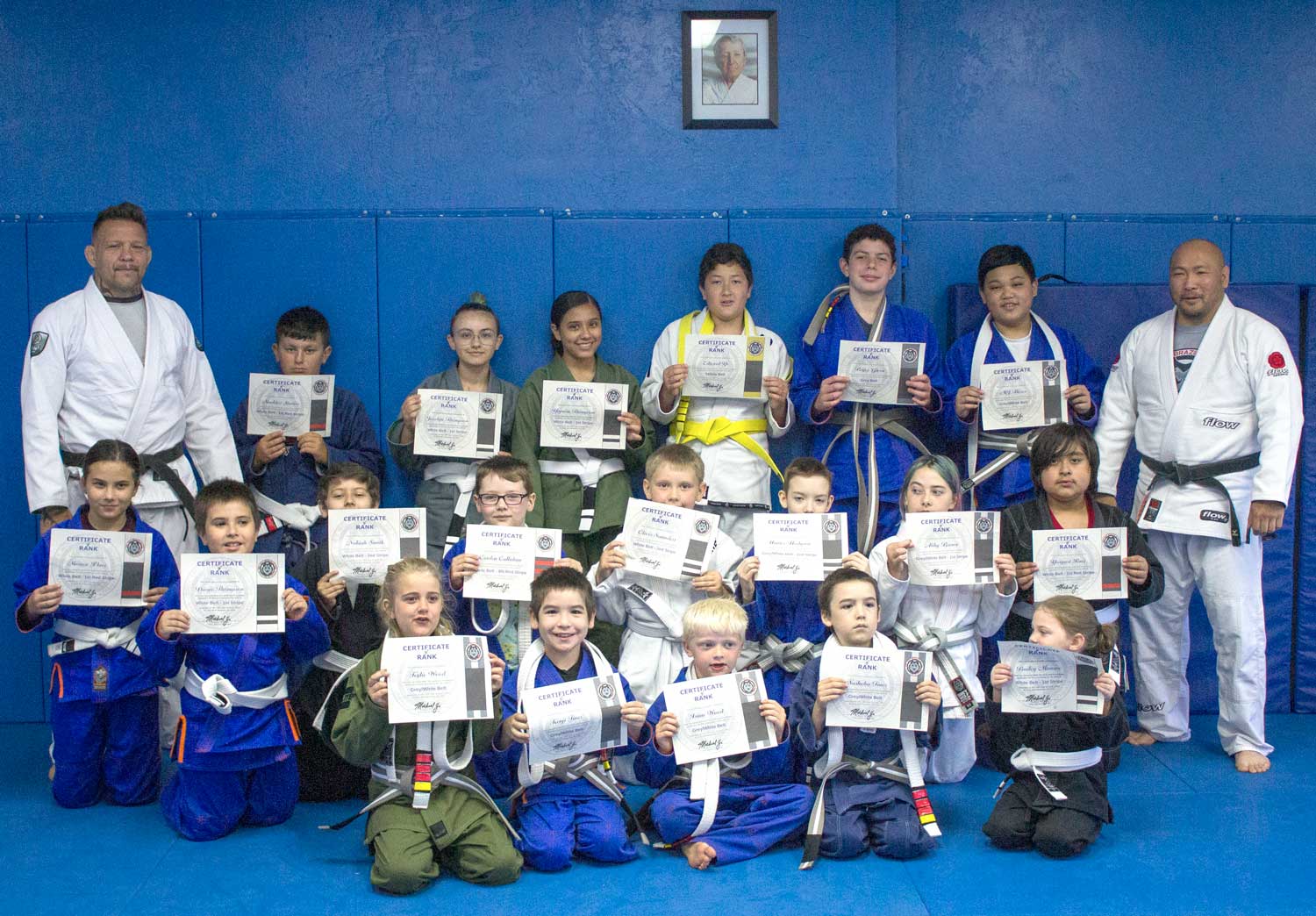 Watching the progress of our young members always makes me proud. And to share that with Professor Babalu, spreading his...
Read More
SCHEDULE YOUR
FREE CLASS TODAY


No spam, ever. Promise.
We never share, rent or sell your info.
Last rolls before we expand a little more this wee

Schedule for this week: Monday May 23 - Regular Sc

We have more mats coming in this weekend and some